Teemore Orange Hall was then kindly granted for the use of the congregation.   A Christian gentleman, Mr. Jack Gracey,  gave the congregation a site just off the Portadown Road and a wooden hall was soon erected.

Later when Rev. Cairns was called to Omagh, Rev. Austin Allen accepted the call to Tandragee. The church continued to grow until Rev. Allen’s retirement in 2004 when he was succeeded by Rev. Samuel Murray. In 2016 Rev Murray was called to Portvogie and Rev John Gray was installed in May 2017.

On 18th October 2008 a new 16,000 square foot church and halls were opened to accommodate the growing congregation.  The new complex includes a 450-seat sanctuary, a church hall with the capacity to seat 350, a 130-seat prayer room and a youth fellowship room to accommodate 70. Also included is a minister’s room, a room for parents to take their babies during the service, committee room, garage, store, recording room, two kitchens and various other smaller rooms and stores. 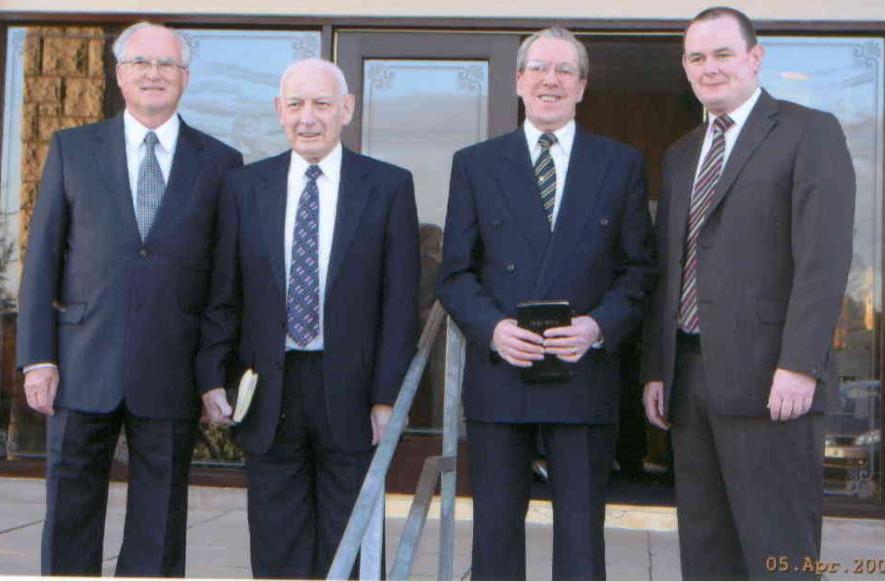 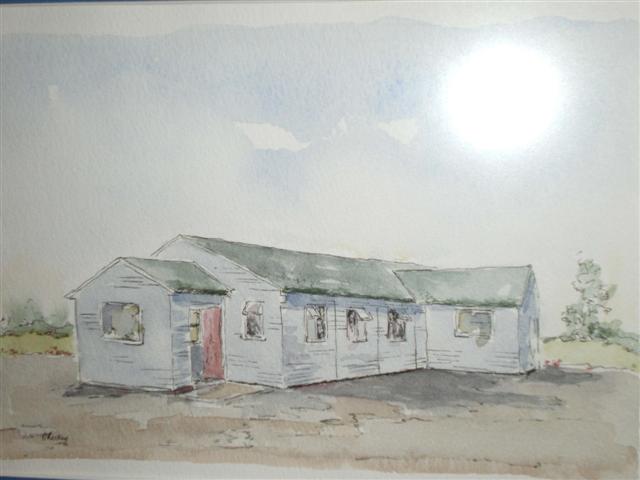 Many precious souls were saved at this mission and the Lord’s people were encouraged in their service for God.  Such was the enthusiasm for this type of faithful preaching that, towards the end of the mission, some of the Lord’s people approached Rev. Paisley requesting that a separated Protestant witness, namely, a Free Presbyterian Church, be formed in Tandragee.  On Easter Sunday 26th March 1967, Rev. Paisley came to preach in the Temperance Hall and Tandragee Free Presbyterian Church was constituted.

The meetings continued in the Temperance Hall for several weeks until one Lord’s Day, the congregation turned up only to discover that the committee of the hall had locked the doors and chained the gates.  The organ, hymn books and what little equipment the church owned were locked inside.  The Free Presbyterians were going to hold their meeting – one way or another.  A public address system was obtained and a neighbouring Christian lady allowed the congregation to use her garden as an assembly point.  Hundreds of people spilled out on to the road and stood listening to the Word of the Lord in the open air. 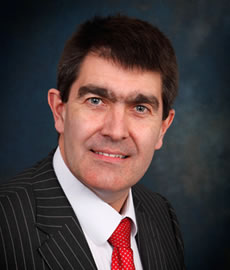 In February  1967, at the request of a group of Bible Believing Christians from the Tandragee district, Rev. Ian R K Paisley came to conduct a gospel campaign in the Protestant Temperance Hall.  Such was the power of the Lord in those meetings that the hall was packed to capacity every night with people eager to hear the glorious gospel of the Lord Jesus Christ.  To accommodate the crowds on the last two Lord’s Day meetings, Cargan’s  Orange Hall was granted as an overflow facility where the congregation followed the services  on closed circuit television. 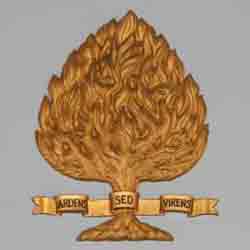